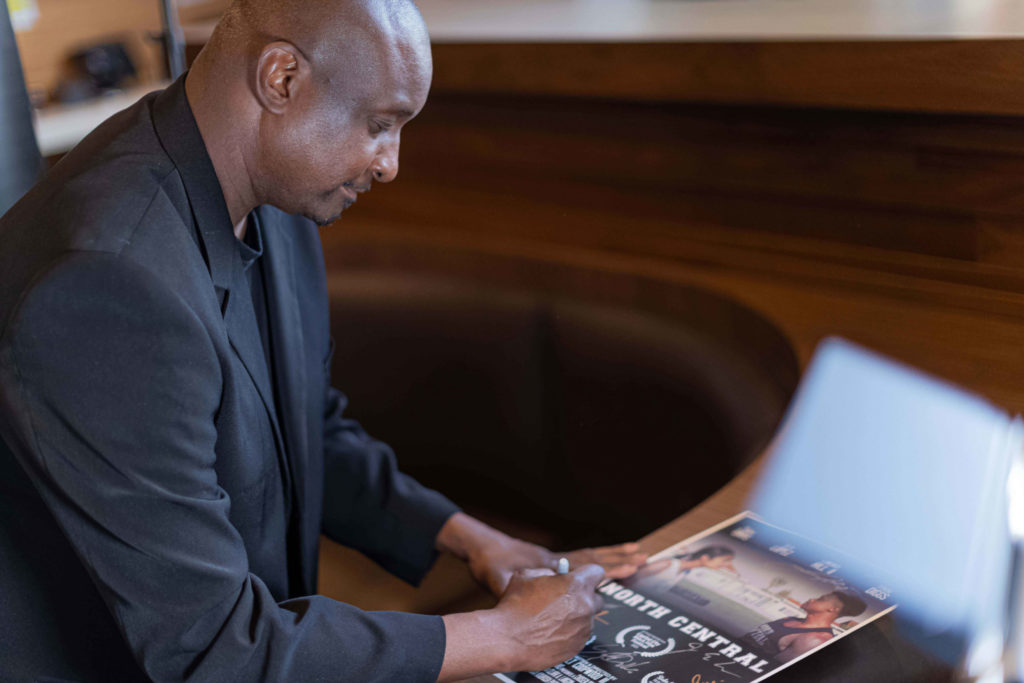 LT Coopwood III graduated from The Los Angeles Film School in 2013. Born and raised in Sacramento, California, Coopwood began creative writing at young age. He is the founder and CEO of Chosen One Productions, an independent film production company in Sacramento, California. Coopwood’s debut indie feature film North Central is currently being released nationally with a limited theatrical run. Coopwood says , “A good director should be versed in multiple genres, not just one.”

North Central is a coming-of-age dramatic comedy that follows a high school student as he navigates through temptation, trouble, dedication, and love. This movie celebrates the power of sports and belonging in a world where so many distractions can get in the way.